Mimprendo produced a challenge, a competition which each year awards the best ideas for the company’s future. In Padova, also the national president of the Young Entrepreneurs of Confindustria Marco Gay. This year won – between 29 projects presented – agriculture 2.0: the jury gave the award “Mimprendo Italy Iccrea BancaImpresa 2015” of 10 thousand euro to the project SolarFertigation. The fertigation powered by Solar Energy and controlled by software developed by the team composed of Lucia Alemanno, Marco Apollonio and Sarah Quarta, aged between 24 and 26, students of the University of Salento on the basis of the idea proposed by Asepa Energy from Taranto. 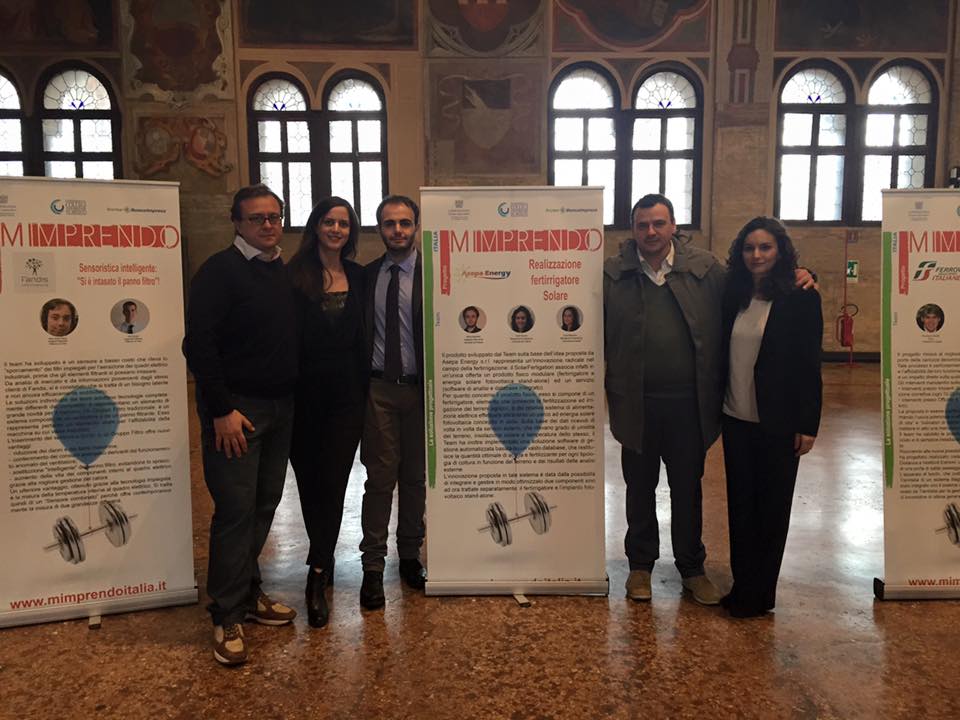 To see the entire articles: ilSole24ore

The product developed by the team on the basis of the idea proposed by Asepa Energy Ltd. represents a breakthrough in the field of fertigation: the Solarfertigation fact associated in one offering a physical product modular (fertigation solar photovoltaic stand-alone) and a service (software analysis and integrated database).

The proposed innovation in this system is the possibility to integrate and manage two components until now works with separately: the fertigation and photovoltaic stand-alone. 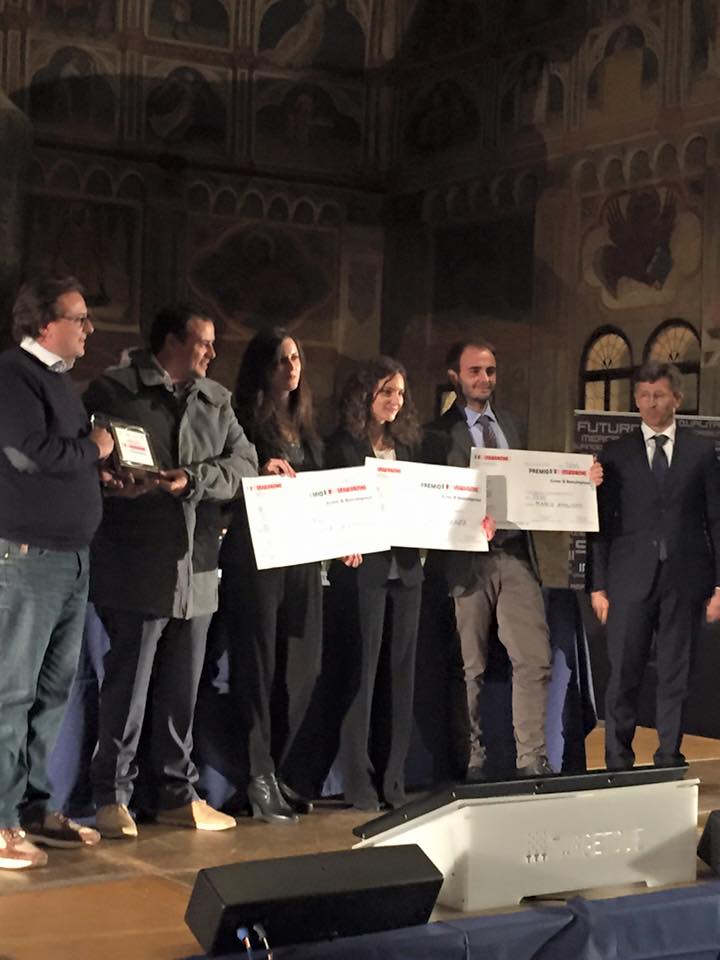 A page on the journal “Gazzetta di Taranto” they have dedicated. 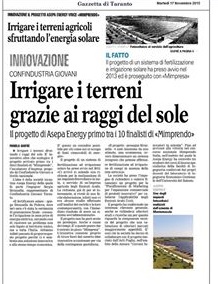